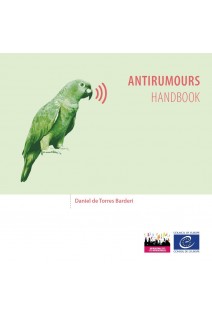 Populist, demagogic, and often xenophobic discourses have proliferated in recent years, reinforcing prejudice and barriers between “us” and “them”, groups “defined” by ethnic, national, cultural and religious identities. History has shown how uncurbed processes of social polarisation may have very negative and even catastrophic consequences.

The Anti-Rumour Strategy (ARS) is a long-term process of social change which seeks to prevent discrimination, foster inclusion and harness the potential of diversity by reshaping perceptions, attitudes, and behaviours of citizens and specific target groups. The ARS focuses on three specific objectives:
• To engage and empower a wide range of stakeholders and citizens by implementing a local public policy and building a cooperative multi-level social platform within the framework of a long-term “antirumours city strategy”.
• To promote critical thinking and raise awareness of the negative effects of stereotypes, prejudice and false rumours, by implementing innovative actions to reduce them, and challenging the negative narratives around diversity.
•To influence the political and social agenda so that reducing prejudice and preventing discrimination is recognised as a crucial collective goal for society as a whole.

The ARS was first launched in 2010 in Barcelona and the Council of Europe promoted its further development and expansion to more than fifty European cities. In recent years, it has also attracted interest from cities, governments and many organisations from non-European countries such as Japan, Canada, Mexico, Jordan, Morocco and Chile among others.

This handbook is a practice-oriented sequel of the “Cities Free of Rumours” Guide published in 2015 by the Council of Europe. The lessons learned in recent years coupled with the growth in the number of cities that have joined the ARS and the interest it has generated since then, call for an update and further systematization of the antirumours approach and methodology. The handbook also provides practical examples to help and inspire cities and other stakeholders interested in learning more about this initiative and how to put it into practice.

ACKNOWLEDGMENTS
CHAPTER 1 – INTRODUCTION
A. The antirumours strategy
B. Origin and expansion
C. Why an antirumours strategy?
D. Purposes and background of the handbook
CHAPTER 2 – THE CONTEXT OF THE ANTIRUMOURS APPROACH
A. The humility of a great ambition
B. The intercultural framework
C. Applying the antirumours approach in other contexts
D. Antirumours, anti-racism and hate speech
CHAPTER 3 – THEORETICAL BASIS
A. Definitions: stereotypes, prejudices and discrimination
B. Where do stereotypes and prejudices come from?
C. How do we learn stereotypes and prejudices?
D. And what about rumours?
CHAPTER 4 – THE KEY ELEMENTS OF A CITY “ANTIRUMOURS STRATEGY”
A. Political commitment
B. Engagement and participation: a strategy owned by the whole city
C. Attracting and seducing, rather than blaming, the “ambivalent” majority
D. Creativity at all levels: the strategy’s core identity
E. Rigour, results and sustainability: much more than spreading antirumors data
CHAPTER 5 – THE ANTIRUMOURS STRATEGY STEP BY STEP
A. Launching the strategy
B. Designing and implementing antirumours actions
CHAPTER 6 – IMPACT, AND ARS EVALUATIONS
A. A process of less to more
B. Evolution of the evaluation
C. The C4i impact and change evaluation
D. The definition of a global and shared monitoring and evaluation system
CHAPTER 7 – EVOLUTION AND SUSTAINABILITY OF THE ARS
A. An in-depth analysis of the evaluation and impact
B. Internal support
C. External engagement and commitment
D. Being part of a global and innovative strategy
E. What’s next?
CHAPTER 8 – SOME LESSONS LEARNED SO FAR
ARS strengths, weaknesses and challenges
APPENDICES
Appendix 1 – Face-to-face communication skills
Appendix 2 – Antirumour cities
Appendix 3 – Antirumours cities monitoring

Cities free of rumours: how to build an anti-rumour strategy in my city (2015)